The pest management industry is large, with a total of 18,155 companies serving the public. With that number in mind, the average amount of pest control service personnel is around 145,000! The United States is estimated to spend slightly more than $6.31 billion on control services each year. It is a large responsibility to protect the public from the risks involved in pests and costly damages. Controlling pests is a very significant task in the United States. Overall, it is protection from harmful insects and their costly damages. When people hear “pest management” or “pest control”, they may assume it is just the eradication of roaches, ants, spiders, or fleas. In fact, pest management is also involved with the safety of our health and our foods. It is vital for the safety of the overall public to have a pest control system.

Why Is Pest Management Important? 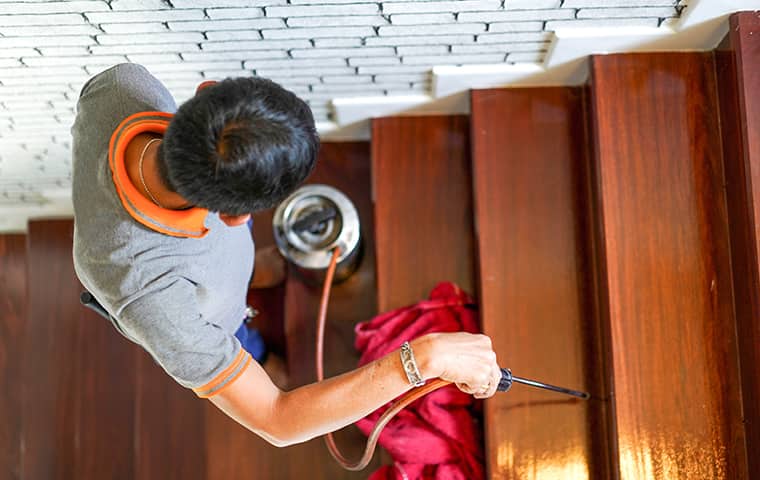 Rodents
Nearly 20% of the world’s food supply is consumed by rodents. Rodents are prime carriers for dangerous pests such as fleas, ticks, and mites. These creatures carry diseases that are transmittable to humans and animals. Fires, and deaths incurred from them, are also caused by rodents throughout the U.S. More than 45,000 people are bitten each year by rats leading to diseases like rat bite fever, salmonella, the plague, trichinosis, and leptospirosis.

Insects
Nearly two million Americans are allergic to insects that sting, and 500,000 people are admitted to the emergency room from insect bites and stings each year. The number of deaths from insect stings ranges from 40 to 150 people each year.  (These facts are attributed to the American College of Allergy, Asthma, and Immunology) Pests such as fleas, ticks, and mosquitoes can transmit deadly diseases to humans, including malaria, plague, Lyme Disease, and West Nile Virus.

Bed Bugs
Until recently, bed bugs were scarce. Pest control professionals now are working together to diminish the population of bed bugs once again.

Cockroaches
Cockroaches carry allergens that many people (7-8% of the general public) are allergic to. According to recent studies and the AAFA, the third leading cause in children's asthma is the roach allergen! Cockroaches are considered to be among the filthiest insects in existence. Millions of pathogens and bacterial cells can be found on a cockroach.

If it was not for pest management practices, food crops would be in danger, with pests consuming more than 50% of crops.
Public health officials utilize insects for research to better the lives of humans in health matters such as better vaccines and pharmaceuticals, sanitation, and the ability to master pest control products. Life expectancy has increased over the years of research and modifications in the health fields. For example, a baby born in 1900 had a life expectancy of 49 years, compared to 2012 when a baby is expected to live 78 years. Without pest management control practices, food sanitation, food regulation, and health regulations would not be achievable.

Get Protected From Dangerous Pests And Costly Damage Repairs

Health risks are always at hand with any pest infestation. Reynolds Pest Management, Inc. recommends any person immediately controls the pests present and sanitize surfaces in which you or your family come into contact with to prevent illnesses. Keeping up with a routine pest control service is important to have the ideal protection for pests. Not just the sight of insects are bad, but they are also considered dangerous and provide unsanitary environments when present indoors. Residents should always seek professional help with any pest issue! You can save yourself money and time by dealing with pests in advance.