How to Get Rid of Lizards: Your Complete Guide to Lizard Infestations

Home > Blog > How to Get Rid of Lizards: Your Complete Guide to Lizard Infestations

While the most common pests that invade homes include mice, rats, ants, and termites, lizards are moving up on the list as well. Many Florida residents, for example, have been dealing with an exploding iguana population thanks to warmer weather. The critters have been spotted on homeowners' roofs and can damage home structures and landscaping.

But it's not just large iguanas that can be a menace to a homeowner. Smaller species such as brown or green anoles, geckos, and Western fence lizards have been known to crawl into homes via cracks and open windows. While most lizards are docile and harmless, it's understandable why a homeowner doesn't want to encounter them scurrying around their home. 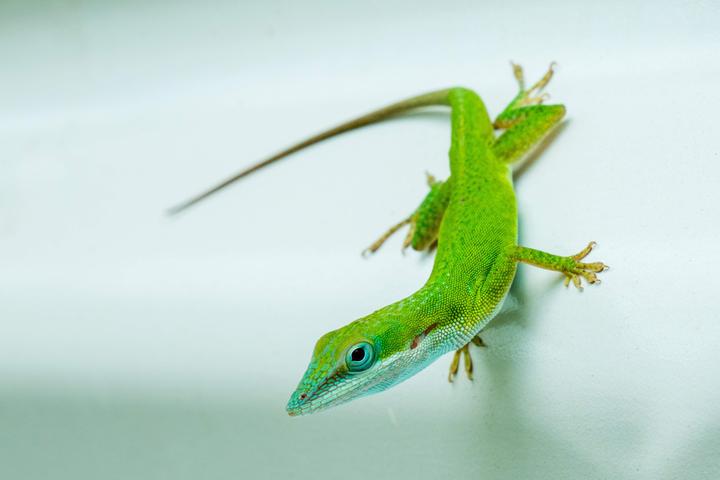 The first step is to remove any lizards you spot from your home and place them back outside. It's a good idea to wear gloves if you plan on picking one up, as they can carry salmonella. If there's one near a door, open it and encourage them to leave with a rolled-up piece of newspaper.

You can also cover a lizard on the floor with a bowl and then gently push a piece of cardboard underneath them, trapping them inside the bowl. Take the bowl outside and let the lizard go.

Smaller lizards are generally not aggressive, so you shouldn't be afraid of getting close to them. As they are cold-blooded, anything cold will immobilize them, so try spraying one with ice-cold water to stun them and make it easier for you to remove them from your residence.

Lizards often gravitate towards people's homes because they're seeking food and water. Many of them are carnivores and will eat meat in addition to produce, which means human foods are tasty to them. Don't leave any food lying about in the open—put everything away and clean up waste after meals.

Lizards may have invaded your home because of a pool of water somewhere. Repair leaks and dry wet areas so they won't have a reason to enter your home.

Deal With Any Bug Problems

Lizards may have been attracted to your home because it contains their favorite bugs to eat. Deal with your insect problem to eliminate one of their food sources. Keep flies away from your home by regularly removing garbage outside the home and cleaning it regularly.

Protect your home and yard from ant invasions and other bug problems, and you'll see a lot fewer lizards hanging around.

Search for and Seal Up Openings

It's easy for lizards to squirm their way through cracks and holes in your windows, foundations, and other areas of your own. Sealing up all openings is one of the best ways to keep them and other pests from infiltrating your living space.

If you love to keep windows open, make sure you have screens covering all of them that are still in quality condition. The same goes for all of the doors opening to the outside. It's easy for lizards to enter your home through a broken screen or unprotected window or door.

Shut Off Lights When Not in Use

Lizards are attracted to bright light for two reasons: they're a heat source, and they attract insects. Turning off lights and keeping rooms of your home dark when you're not using them can make your living spaces less friendly to lizards.

Lizards need heat to thrive, so keeping your home cool may also discourage them from making themselves at home.

Place Peacock Feathers in Your Home

Peacocks are one of the reptiles' predators, and placing peacock feathers in and around your home may scare them away. A bonus is they look pretty and can add to your decor.

Understand How to Get Rid of Lizards Fast

The above tips explain how to get rid of lizards fast from your home and yard. It's important to realize that while lizards can be a nuisance, we still need them around to control the bug population. The good news is it's easy to eliminate them by making your house clean and lizard-proof.

Reynolds Pest Management has been helping South Florida residents live pest-free since 1991. If you're still experiencing a lizard problem after following these tips, contact us for a free assessment.

Tags: how to get rid of lizards | lizards |